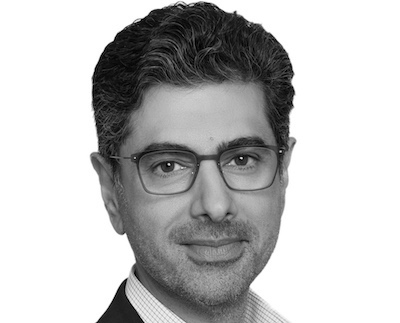 Alok Sama was formerly the President & CFO of SoftBank Group International, where he was responsible for the finance functions for the company and its operating affiliates. Alok also served as Chief Strategy Officer for SoftBank Group, where his responsibilities included corporate development, M&A, all proprietary investments and investor relations.

While at SoftBank, Alok led the announced $59 billion merger of Sprint and T-Mobile, SoftBank’s $34 billion acquisition of ARM Holdings Plc, the $10 billion disposition of SoftBank’s stake in Alibaba Group Holding, SoftBank’s $8.6 billion sale of Supercell Oy to Tencent Holdings, and the restructuring of SoftBank’s holding in Yahoo Japan. He was also responsible for multiple growth capital investments across technology verticals, including ridesharing, fintech and communications.

Alok also co-founded Baer Capital Partners, an alternative asset management firm focused on India with over $300mm in assets, in partnership with the Baer family and Dubai Holdings. He continues to serve as a Director of Baer Capital.

He is a member of the CNBC Global CFO Council and is a former Chairman of the London Chapter of the Young Presidents’ Organization (YPO). Alok currently serves a Senior Advisor to The Raine Group and Warburg Pincus LLC.

You can find out more about which cookies we are using or switch them off in settings.

This website uses cookies so that we can provide you with the best user experience possible. Cookie information is stored in your browser and performs functions such as recognising you when you return to our website and helping our team to understand which sections of the website you find most interesting and useful.

This website uses Google Analytics to collect anonymous information such as the number of visitors to the site, and the most popular pages.